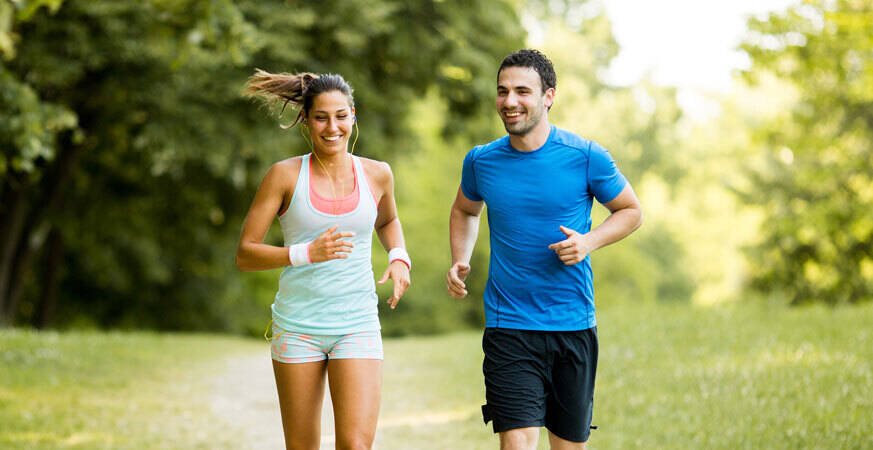 According to the British Lung Foundation, over 12% of the population have received an asthma diagnosis [1]. The common condition, typically characterised by symptoms such as wheezing, shortness of breath and coughing, does not always manifest itself in the same way. In this article, we break down the seven different ways asthma may appear, and identify the triggers that tend to cause these variants. Whilst these seven types of asthma are not exclusive of each other, they each have distinctive characteristics relating to their triggers or symptoms.

Allergy-induced asthma is a common asthma type that usually begins in childhood. It occurs when the immune system misidentifies allergens as threats to the body. When these allergens are inhaled, swallowed or touched, the body releases antibodies that result in the lungs becoming inflamed. Allergens that commonly cause this reaction includes:

Approximately 4 out of 5 allergic asthma sufferers have an associated condition such as hay fever, eczema or food allergies.

This type of asthma, due to triggers in the workplace, accounts for approximately 15% of disabling asthma cases. Methods of identifying occupational asthma include if your asthma improves when you’re away from your workplace, if your symptoms started when you changed jobs, or if certain chemicals make breathing difficult. Over 250 manufacturing substances have been associated with aggravating asthma symptoms, including the following:

Depending on the concentration of the irritants you’re exposed to, asthma can develop anywhere from a few days to a few months later. Workers who may be at the most risk or developing workplace asthma include:

9 in 10 asthma sufferers experience some breathing difficulty while exercising. Whilst exercise is not the cause of asthma, it can often be a trigger. Air conditions have a lot to do with the severity of EIB, with cold, dry air triggering symptoms more than warm, humid air. Allergic asthma triggers such as pollen, alongside other airborne irritants like pollution, may exacerbate asthma symptoms further when exercising outside, and combine with EIB to cause an asthma attack. Symptoms of EIB, such as wheezing and difficulty breathing, may occur a few minutes into exercise and can last up to 24 hours, or may reappear as a second wave 4 to 12 hours after exercise. Although exercise can trigger your asthma, this is not a reason to avoid doing exercise, as this may in fact worsen your asthma symptoms; it’s vital to build lung resilience by exercising regularly, just make sure you have a reliever inhaler on hand for when needed.

Up to 1 in 5 adults with asthma have a sensitivity to aspirin or other NSAIDs such as ibuprofen or naproxen. You may get a severe asthma attack upon taking one of these medications, so if you do have aspirin sensitive asthma, they should be completely avoided. For over-the-counter pain relief, alternatives such as paracetamol might be a safer option. It’s vital to read the labels on all pain, cold and flu medication to check if they’re suitable for people with aspirin-induced asthma.

If you have nasal polyps as well as asthma, your chances of having aspirin sensitivity is between 30% and 40% – the combination of these three conditions is known as Samter’s triad.

Nocturnal, or nighttime, asthma is when you have particularly bad symptoms during the evening and nighttime hours. This involves the usual asthma symptoms, such as coughing, wheezing, and inflammation of the airways. Just under half of asthma sufferers will experience nocturnal asthma, and whilst health professionals debate the exact reasoning symptoms are worse at night, factors that commonly trigger include the following:

The ramifications of nocturnal asthma can be severe, with disrupted sleep causing fatigue and lack of concentration in the day. For instance, nighttime asthma has been found to negatively affect children’s mental performance and functioning at school [7].

You can learn how to prevent and control the condition is our dedicated nocturnal asthma guide.

Cough-variant asthma is when asthma presents solely as a chronic cough, as the body attempts to rid itself of the particles causing irritation. The cough is typically dry, and is not accompanied by the other usual symptoms. However, 2 in 5 people with CVA will progress to classic asthma if left untreated. Those with CVA are also at increased risk of permanent narrowing of the bronchial tubes, lung failure, pneumonia, fractured rib, and asthma attacks that do not respond to treatment. CVA tends to be treated with inhaled corticosteroids.

To learn more about asthma symptoms and how to treat them, check out our ultimate guide to asthma.