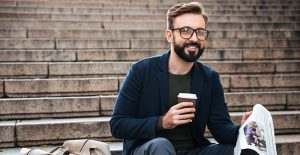 Erectile dysfunction (ED) is not always an easy topic to discuss openly. Many men talk about a certain pressure to perform in the bedroom, and the inability to achieve or maintain an erection long enough to enjoy sex is often detrimental to men’s mental health. It can be particularly stressful for younger men who may not be expecting to have trouble maintaining an erection at this stage of their lives, but it is extremely common, with up to half of all men under the age of 40 experiencing ED at some point. Interestingly, the rate at which younger men are experiencing ED appears to have increased in the past few decades, with multiple studies reporting the apparent spike. Experts are pointing to a number of factors that might affect the younger population in particular, such as the prevalence of porn-watching, drug and alcohol consumption, and increased mental health issues.

This article explores the physical, behavioural and psychological factors that may be contributing to growing cases of ED in younger men, and we offer our top tips for getting your mojo back.

What is Erectile Dysfunction and What Causes It?

Sometimes referred to as ‘impotence’, erectile dysfunction is a common sexual health condition affecting men, where it is difficult to achieve or maintain an erection for long enough during sex. It occurs when the required level of blood flow to the penis becomes restricted, or when the body releases the erection-subsiding PDE-5 enzyme too soon. This is often troubling for men, who are unable to fully engage in and enjoy sex as a consequence, likely affecting their mental wellbeing. There are multiple factors that may prevent a lasting erection from being achieved, including physical health conditions such as diabetes and cardiovascular diseases, lifestyle factors like diet, alcohol intake and exercise, and psychological factors such as anxiety and stress. Age is the most significant risk factor to increase your risk of ED and is predominantly a consequence of natural bodily changes with age, but there are other considerable factors at play to explain the rise in ED in men under 40.

There’s strong evidence to suggest that eating junk food or other unhealthy foods in excess will increase your risk of erectile dysfunction. Build-ups of fat and cholesterol ‘harden’ the arteries and can eventually narrow or even block blood flow, leading to an increase in blood pressure and reduced circulation. This makes it more difficult to get the increase of blood flow to the penis to achieve an erection. We know that your risk of developing diabetes is greater if you’re obese or have high cholesterol, and that diabetics tend to develop ED between 10 to 15 years earlier than men without diabetes predominantly due to restricted blood vessel functioning. In 2018, the NHS found 67% of adult men to be overweight, and 26% to be obese, and child obesity is similarly on the rise, especially in deprived areas. With the relative affordability of unhealthy junk food, and an increase in accessibility thanks to the growing popularity of takeaway apps offering home delivery, it’s quite possible that diet is a growing contributing factor to ED at all ages.

Cardiovascular disease (CVD) tends to be associated with the build-up of fatty deposits inside the arteries, restricting blood flow due to the narrowing of arteries, and similarly increasing the chances of experiencing erectile dysfunction. Eating an unhealthy diet can increase your risk of CVD, as can a predisposition to the disease if you have a family history of CVD. Interestingly ED, especially in younger men, can sometimes be an early sign of cardiovascular disease, so if you are suffering from ED and don’t think it’s due to the other risk factors then it’s worth checking with a visit to your doctor to discuss in further detail. As an early indicator, this could be a unique opportunity to unearth the condition whilst preventative interventions are most effective.

Drinking alcohol is a popular pastime, with half of adults drinking at least once per week, and 10% drinking more than five times per week. We also know that men are more likely to drink alcohol than women, and in some areas like Northern Ireland, more young adults reported drinking than older adults. The purchase of alcohol is also on the rise since the beginning of the Covid-19 nation-wide lockdown, due to increased levels of stress and depression whilst possibly also due to many individuals having more disposable income thanks to the lockdown reducing the available activities to spend money on. When they do drink, young adults are also more likely to heavily drink compared to their older counterparts, and heavy drinking can cause the blood vessels to narrow, preventing the required amount of blood from getting to the penis.

Here, the rate of cocaine use among young adults is the highest in Europe. Many people initially report positive effects of cocaine on their sexual experience, thanks to it increasing dopamine release, increasing pleasure and arousal. However, similarly to alcohol, cocaine use will eventually cause the blood vessels to tighten which decreases blood flow to the penis, as well as decreasing libido and causing a loss of sensation during sex. The increasing popularity of heavier cocaine use amongst young people could very likely contribute to the rise in ED in this population.

Cannabis is the most commonly used drug, and many cite weed smoking as a cause for their ED. Evidence supports this, with one meta-analysis revealing that cannabis has an inhibitory effect on certain receptors inside the erectile tissue of the penis. For daily smokers, the risk of developing ED was three times greater than a non-smoker. With cannabis usage highest among 15-24 year olds, followed by 25-34 year olds in the second spot, this could help explain the growing number of ED cases in this younger demographic.

Whilst it’s far more common in older men for erectile dysfunction to be caused by normal physical changes, in younger men it’s not quite as one-sided, with psychological factors playing a larger part. Young men often experience societal pressure to ‘perform’ to a particular standard in the bedroom, and may feel inadequate if their inability to get an erection prevents sex from being successful. This build-up of expectation can often lead to nerves that raise anxiety levels and reduce libido. It appears the younger generation today may suffer from more anxiety and depression than in generations before, with almost a third of 16-25 year olds reporting they feel their life doesn’t have a sense of purpose, and a fifth disagree with the statement “I find life really worth living”. (Damiano et al., 2019) Factors like depression and stress are likely to reduce libido and increase feelings of inadequacy.

Not only have the Covid-19 lockdown restrictions played a role in the rise in ED via the nation’s increased alcohol consumption, but more widely through increasing levels of stress, fatigue, anxiety and depression among some individuals. The demand for erectile dysfunction services have been on the rise since May 2020, and online searches for information regarding ED spiked a few months after the first lockdown.

For some men, especially in the case of those with narrowed blood vessels, an erection may be difficult to obtain without the aid of clinically-proven medication. Whilst the trend of young men increasingly suffering from ED is disconcerting, the good news is that researchers consider many of these factors temporary. Lockdown-related stresses from this last year should eventually subside, as may certain indulgences that have been made worse as a result. Thankfully there are a handful of popular and effective treatments that can help you to achieve a lasting erection, regardless of whether your ED is only temporary or a longer-term issue.

Available as either the over-the-counter option Viagra Connect, or the standard prescription Viagra (available in a higher dosage), Viagra is one of the most popular methods of treating erectile dysfunction. The active ingredient is sildenafil citrate, also available generically for a lower cost, which works to relax the blood vessels in the penis to increase blood flow.

Medically equivalent to Viagra, Sildenafil contains the same active ingredient and works in an identical fashion. The benefit of this medication over Viagra is that by not paying for the brand name, you can get the same dose of treatment for less than half the price.

Cialis is another popular ED medication that also comes in tablet form, but contains the active ingredient Tadalafil that increases blood flow to the erectile tissue of the penis much like Viagra and Sildenafil. One of the benefits of Cialis is that it is quicker to take effect (only 30 minutes vs 60 minutes compared with Viagra).

Since 2017, the branded Cialis mediation has been available in its generic form known as Tadalafil, meaning you can get all the benefits of the same quantity of active ingredient without the extra price of the branded version.