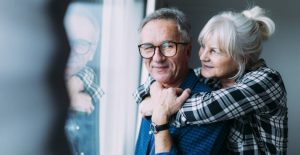 When Viagra exploded onto the market in 1998, the drug was immediately marketed as an effective treatment for erectile dysfunction. During development, however, sildenafil citrate – the active ingredient in viagra – was being investigated as a treatment for something completely different. In a lab in the town of Sandwich, Kent, a group of Pfizer scientists synthesized sildenafil while researching treatments for high blood pressure and angina pectoris, a condition that causes heart-related chest pain.

In the first phase of clinical trials, researchers found some evidence to suggest sildenafil was effective in reducing blood pressure, but little to suggest it could treat angina. During the trials, however, male participants reported experiencing a curious side effect: sildenafil induced marked penile erections. Pfizer realised it had stumbled on a remarkable medical innovation and embarked on what has become one of the most famous examples of drug repositioning in pharmaceutical history. Sildenafil, under the brand name Viagra, would henceforth be marketed not as a medicine for angina or hypertension, but as a treatment for ED.

In the years since Viagra first found itself on the shelves of  pharmacies, a number of other branded and generic ED treatments known as phosphodiesterase type 5 (PDE5) inhibitors have become available across the globe. Tadalafil (Cialis), vardenafil (Levitra), and avanafil (Spedra) all work in similar ways to sildenafil, varying primarily in their effective times and half-lives. But the story of PDE5 inhibitors hasn’t ended yet. In addition to ED, PDE5 inhibitors can also be used to treat lung- or heart-related hypertension. And in recent years research has shown that PDE5 inhibitors could be effective in treating heart disease. Now, a new study suggests that this peculiar family of drugs could even help reduce early deaths from colon cancer.

In a study published in Nature Communications in June 2020, researchers in Sweden found that PDE5 inhibitors such as Viagra – which are said to have anti-tumour effects and reduce surgery-induced immunosuppression – are associated with a decreased risk of colorectal cancer-specific mortality and a decreased risk of metastasis. In fact, the research found that the use of PDE5 inhibitors after surgery has a “strong anti-cancer effect”, and concludes that the medications “have the potential to be an adjuvant drug for patients with CRC to improve prognosis, especially in those who have undergone open surgery”.

The study used a nationwide database to identify Swedish men diagnosed with colon cancer between 2005 and 2014, who were then categorised according to whether they had or had not taken PDE5 inhibitors during their illness. At a follow-up after four years, 17.5% of the group who had not taken the treatment had died from the condition – but only 10% of the group who had taken it died.

“After consideration of a range of clinical confounding factors, the relative risk of death caused by colorectal cancer was 18% lower among patients who used the drugs,” the study authors said in a press release. “The risk of metastases, especially distant metastases which is the main cause of death due to cancer, was also lower among patients who used PDE5 inhibitors.”

In the release, Lund University PhD student Wuqing Huang said that research provides “the first ever human-based evidence in terms of the anti-tumour effects of PDE5 inhibitors on colorectal cancer, which complements the preclinical evidence”. However, co-author Jianguang Ji warned that research was still in its infancy. “The observed findings should be interpreted with caution as this is an observational study and the biological mechanisms need to be explored further,” he said.

This isn’t the first time PDE5 inhibitors have been linked to a reduction in colorectal cancer risk. In March 2018, researchers at the Medical College of Georgia, at Augusta University, found that a small dose of Viagra taken every day “significantly reduces colorectal cancer risk in an animal model that is genetically predetermined to have the third leading cause of cancer death”. The research showed that Viagra “cut in half the formation of polyps, an abnormal and often asymptomatic clump of cells on the lining of the intestines that may become cancer” – meaning it could also have potential as a preventative treatment for cancer as well.

Now that human-based evidence exists to suggest PDE5 inhibitors could reduce deaths due to colon cancer, the next step for researchers is to confirm their findings in further tests. “Randomised clinical trials are needed to confirm our research findings before PDE5 inhibitors can be used as an adjuvant drug for men with colorectal cancer, as well as experiments that explore the underlying biological mechanisms,” Huang said.

While researchers continue to test the potential for PDE5 inhibitors to treat conditions separate from ED, remarkably few new treatments have emerged in recent years for ED itself. Outside of the PDE5 category, alternative treatments include medicines injected directly into the penis and prosthetics. But these are typically last-resort treatments, risk scarring the penis and can be very painful. Elsewhere, pharmaceutical company Future Medical has developed a topical gel known as MED2005 that, while still awaiting approval in the US and Europe, can effectively treat mild to moderate erectile dysfunction and – unlike PDE5 inhibitors – appears to be unaffected by food and alcohol consumption.

That said, Viagra to this day remains the only major medical innovation for ED since the 1990s. And should further research prove fruitful, could find itself a first-line treatment for a number of other illnesses.