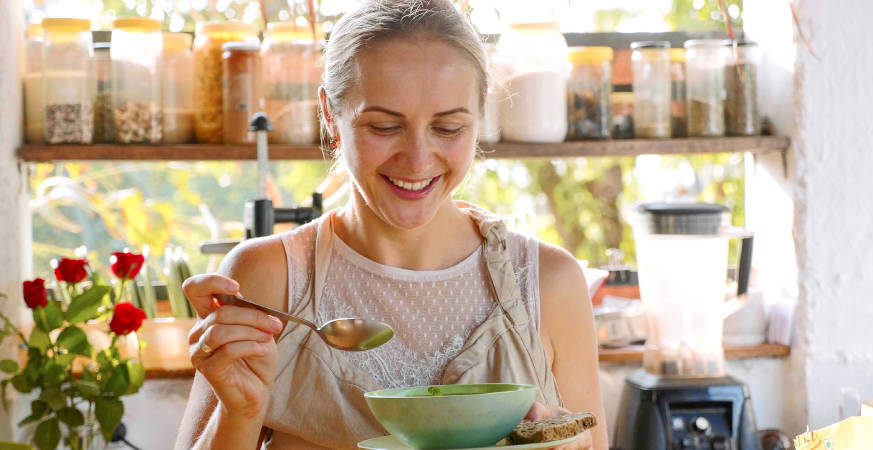 The internet is filled with pages and articles offering magical diets, foods and pills to help people lose weight. Many websites give factual advice based on scientific data. Others, however, use disinformation and dubious sources to sell unregulated or unsafe products.

To be clear: there is no magic solution to help you lose weight. For the vast majority of people, weight loss is a long-term journey that requires willpower and planning. But whilst there is no magic potion, that doesn’t mean there aren’t tips and tricks that help keep you motivated and assist you to lose weight quicker.

How does the timing of drinking water help with weight loss?

Among the most popular advice for people trying to shed a few pounds is to drink a glass of water before each meal. The story goes, that by doing so your stomach will be fuller when you start eating, meaning you will eat less food that you would normally. This ostensibly leads you to eat fewer calories over time.

This is not an unsubstantiated claim. In fact, studies have shown drinking water before meals can result in you eating fewer calories. Research carried out in 2010 by scientists at Virginia Tech University, US, found that drinking around 460ml of water before a meal helps middle-aged and older people eat between 75 and 90 fewer calories during the meal.

The study, headed by Dr. Brenda Davy, took 48 adults between the ages of 55 and 75 and divided them into two groups. The first group drank two cups of water before meals. The second group didn’t. After 12 weeks of a low-calorie diet, the group that did drink water lost 15.5 pounds, while non-water drinkers only lost 11 pounds. In addition, the water drinkers kept the weight off for a full year after the study had finished.

How does eating soup before a meal help you lose more weight?

As mentioned earlier, the reason water can help people lose weight is due to its satiating properties. Other studies, however, suggest that people can eat even fewer calories by eating more of a simple, satiating, low-calorie food: soup.

According to research from Pennsylvania State University, eating low-calorie soup before a meal can substantially reduce the amount of calories consumed during the meal. The study separated participants into two groups, soup eaters and non-soup eaters. When the first group ate a first course of soup before their meal, they ate 20% fewer calories than the group that didn’t eat soup.

The study, carried out in 2007, formed the basis for a weight loss plan known as the Volumetrics diet. Alongside a diet of lean means, whole grains, fibre-rich cereals, beans and fresh fruits and vegetables, the Volumetrics diet recommends eating a bowl of broth-based soup before each meal. According to Barbara Rolls, who created the Volumetrics plan, the reason it works is weight. Broth-based soups contain a lot of water. Water is heavy, and on its own doesn’t contain any calories. Therefore, broth- based soups contain far fewer calories per gram of weight than other foods.

Drinking water or eating soup – which is more effective?

At this point, you might be thinking ‘but wouldn’t that mean it’s better to drink water’? Of course, water will always contain fewer calories than soup. But according to the Volumetrics diet, our brains instinctively realise we drink water to satiate thirst. When we turn water into soup, on the other hand, the flavour and texture in the broth, such as herbs and chunky vegetables, tell our brains we’re trying to satisfy hunger – meaning it can help us feel ‘full’ more effectively than water by itself.

So we know that people who are trying to lose weight can benefit substantially from eating soup. It’s important to remember, however, that not every soup will be helpful. Soup contains calories, too! And if you’re eating heavy or cream-based soups before meals, it’s possible the extra calories could negate the benefits entirely.

That’s why the Volumetrics plan specifically recommends broth-based soups. Low-fat soups such as vegetable, tomato, mushroom or chicken are great starting points for weight loss soups. Vegetable soups in particular have the added benefit of providing much of your five-a-day. And don’t forget: soups are the perfect food for experimenting with mixing and matching ingredients. So get creative!

While broth-based soups contain far fewer calories generally than cream-based ones, it’s still important to keep count or calories for best results. Women who are trying to lose weight should aim for approximately 150 calories per soup serving before each meal. For men, each serving should contain around 200 calories. This is just a guideline, however. If you want to work out the right calorie allowance for you, use a BMI and weight loss calculator such as the one on the NHS website.

And don’t forget: while soups are a great way to feel fuller and eat fewer calories, they are not the solution. They should be incorporated into a full weight loss plan which may include a healthy, balanced, calorie-controlled diet, plenty of exercise, adequate fluid intake, and other licenced weight loss medications. As we mentioned before, there is no single, magic solution to losing weight. However, alongside proper planning, soup can make your weight loss journey easier.