For most adults, a BMI of 25+ is regarded as overweight and a BMI of 30+ is classified as obese. Generally, your BMI is not used to definitively diagnose obesity, it is more so an indication of whether you are a healthy weight, overweight or obese.

There are many risks associated with being overweight or obese which can lead to potentially threatening conditions such as:

There’s no quick fix to tackle obesity. Your weight loss journey will require commitment, perseverance and will take time. Lifestyle changes including a well-balanced calorie control diet alongside regular exercise will help to improve your weight and health. Many people will consider taking orlistat when they embark on their weight loss journey to help lose weight quicker than when dieting and exercising alone.

Orlistat works to prevent the enzyme lipase breaking down fat, which means the undigested fat is not absorbed so it passed out the body naturally. Nearly one third of the fat that you consume will be blocked by orlistat. This will reduce the number of calories your body has absorbed, which will gradually help you lose weight. It is not an appetite suppression or stimulant. Orlistat is designed to work only in your digestive system and it should not have any effect on your heart rate, brain or sleep.

Your body will absorb less fat
The medication works by reducing the amount of fat absorbed by the body, hence helping you to lose weight quicker than when dieting and exercising alone. Orlistat prevents about a third of the fat you eat from being absorbed so it is also important to eat a lower-fat diet and to exercise regularly. 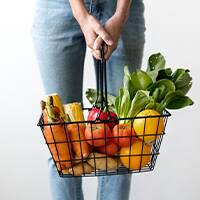 It can help lower cholesterol levels
High cholesterol causes a build-up of plaque in the artery walls which makes it harder for the heart to circulate blood. A clinical study showed that orlistat helped to lower low density lipoproteins (LDLs), also known as bad cholesterol, which was independent to its weight loss effect. 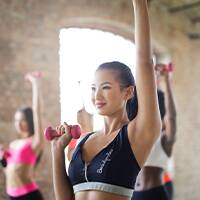 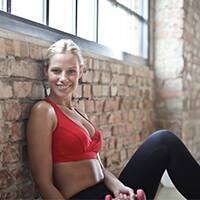 What results can be achieved using orlistat?

When you take orlistat, you should follow a reduced calorie, low fat diet with approximately 30% of the calories you consume coming from fat. The diet should be slightly hypocaloric, meaning you will be eating fewer calories than you will burn.

Orlistat should be taken for a minimum of 3 months with a target of losing 5% of your body weight in this time. If you are successful at reaching this target, you would be eligible to continue the treatment. If you haven’t lost weight in this time period, then you should discuss this with your doctor.

Studies on orlistat show that a reduced calorie diet with 30% of your daily calories coming from fat can achieve a significant amount of weight loss than when dieting alone. The study was designed where all participants were eating a reduced calorie diet for 4 weeks, which was then followed by taking orlistat, or dieting alone for 52 weeks. The results showed that those taking orlistat for 52 weeks lost twice as much weight than those dieting alone – around 13.4lbs vs 5.8lbs.

If you are obese, even just losing 5-10% of your body weight will result in a significant improvement in health.