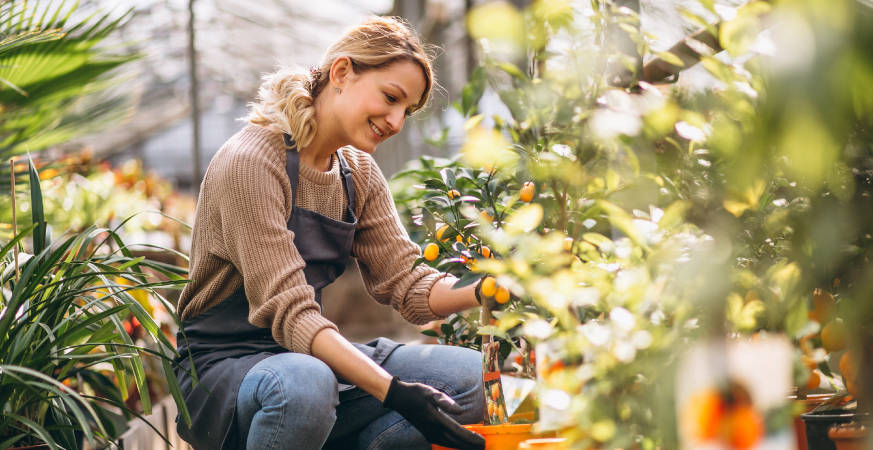 Asthma is an extremely common condition. Today, 5.4 million people are currently receiving treatment for asthma – almost one in every 12 Britons. But despite being so common, when untreated or uncontrolled asthma can be a debilitating and even dangerous illness to those who suffer from it.

Right now, there is no cure for asthma – but with the right treatment, people with the condition are able to keep the symptoms under control and live comfortable and fulfilling lives. Here, we’ve put together everything you need to know about asthma and how to treat it. So, if you’ve just been diagnosed with asthma and want to know more, know a friend or loved one with asthma and want to inform yourself, or are simply curious about the condition, read on.

Asthma is a common lung condition that affects your airways. People with the condition will have narrower airways than those who do not, and may produce more mucus than non-sufferers as well. Asthma is a long-term inflammatory disease and is characterised by a number of variable and recurring symptoms, reversible airflow obstructions, and bronchospasms, which are sudden constrictions of the muscles in the walls of the bronchioles. These bronchospasms can cause mild to severe difficulty breathing.

How many people have asthma?

The UK has one of the highest rates of asthma in the whole of Europe: 1.1 million children (one in 12) and 4.3 million adults (one in 12) are currently receiving treatment for asthma in Britain. Every day, three people die of asthma. It’s currently unclear as to why the UK lags so far behind other countries in terms of asthma figures, but experts have suggested that a lack of understanding and appreciation for the seriousness of the condition could play a role.

We don’t yet fully know the answer to that question. A number of possible causes of asthma have been suggested over the years, including genetics, pollution and modern hygiene standards. However, there isn’t enough evidence to know if any of these actually cause the illness.

We do know that there are a number of things that can increase your chances of getting asthma. A family history of asthma can make you more likely to get it. Allergy-related conditions such as eczema or hay fever also make you more likely to get the condition. If your mother smoked during her pregnancy, or if you were exposed to tobacco as a child, you could be more likely to get asthma. Being born prematurely or with a low birth weight, and finally having bronchiolitis as a child, all could increase your chances of suffering from asthma.

Is asthma a disability?

Whether asthma is considered a disability depends on the severity of the condition. ‘Severe’ asthma can count as a disability and may entitle you to certain forms of government assistance.

What is classed as ‘severe’ asthma?

‘Severe asthma’ is the term used to describe the most serious and life-threatening forms of asthma. Someone with severe asthma will need to take medium or high-dose inhaled corticosteroids (inhalers) combined with other long-acting medications. In addition, asthma is also considered severe if the condition remains uncontrolled despite proper use of these medications. In these cases, a different approach is required to treat the condition and reduce the frequency of asthma attacks as much as possible.

Severe asthma is relatively uncommon, but not rare: around four out of 100 people with asthma have a severe form of the disease. If you’re diagnosed with severe asthma, your GP or asthma nurse may refer you to a specialist clinic to assess you further. People with severe asthma will typically have more asthma attacks and require more hospital stays than those suffering from moderate forms of the condition. It’s an unpredictable condition and can have a serious impact on your quality of life – which is why urgent investigation and prompt treatment are so important. 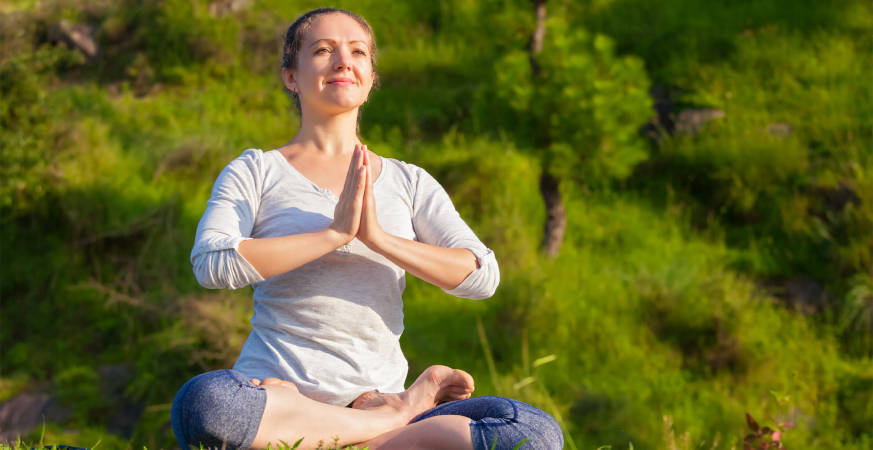 I’ve heard of ‘brittle’ asthma – what is that?

Brittle asthma is a term used to describe severe forms of asthma characterised by unpredictable and unstable symptoms that can quickly develop into a life-threatening attack. The word ‘brittle’ refers to the condition being difficult to control, but is no longer widely used. It’s more common today to hear these forms of asthma simply referred to as severe asthma.

Unfortunately not. But with the right treatment plan, the overwhelming majority of people will be able to live fulfilling and comfortable lives. In fact, many people with asthma will respond to treatment so well that the condition is barely an issue.

Can you grow out of asthma?

In some instances, asthma symptoms in children can disappear later in life. But it’s important to understand that this doesn’t mean their asthma is ‘cured’. For some children, symptoms that subsided while they were growing up may return later in life. For others, symptoms may not disappear at all.

Can you develop asthma later in life?

Yes. Asthma can develop at any age, and if you’re experiencing any of the symptoms listed in this guide it’s very important to see your GP for further assessment. Unmanaged or under-managed asthma can be life-threatening, and because asthma developed in adults tends to be longer-term than that in children, prompt treatment is a must.

What are the symptoms of asthma?

Common signs and symptoms of asthma include:

If you experience these symptoms, it’s likely your asthma is worsening:

Some people with asthma will experience flare-ups in certain situations. These include:

What is an asthma attack?

‘Asthma attack’ is the term commonly used to describe acute asthma exacerbations, which are sudden increases in the intensity and severity of a person’s asthma symptoms. When an asthma attack occurs, the airwaves become swollen and inflamed, and the surrounding muscles contract. This produces extra mucus, which then causes the breathing (bronchial) tubes to narrow.

During an asthma attack, it’s common to experience shortness of breath, wheezing, and tightness of the chest. Some sufferers may present primarily with coughing, while for others air motion may be impaired to the point that no wheezing is heard. It is common for children to present with chest pain during asthma attacks alongside other symptoms.

Even if you’ve had asthma attacks before, having one can still be a frightening experience. And because the condition can change over time, it’s important to keep in touch with your GP so they can alter your treatment plan where necessary in order to keep your symptoms under control. 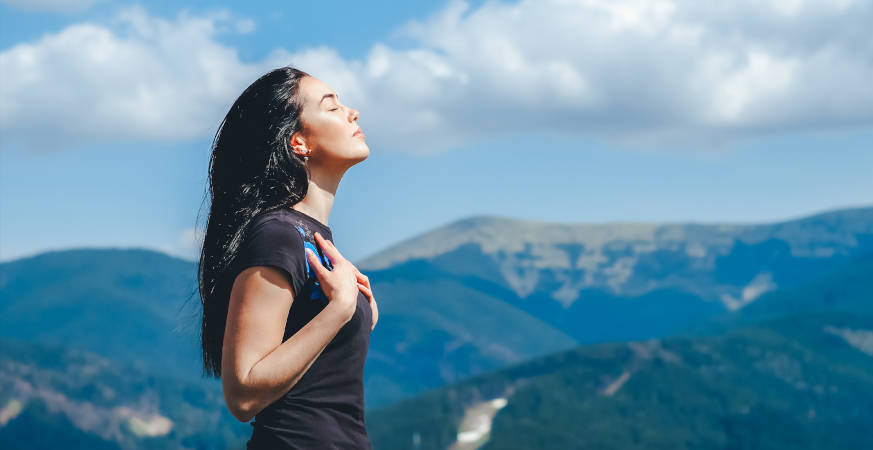 How is asthma treated?

Asthma is typically treated using inhalers, which are small devices that allow the user to breathe in medicines. Inhalers come in two main types:

Inhalers used to treat asthma often contain steroids – also known as corticosteroids – such as prednisone. These work by reducing inflammation in the lungs, which eases the symptoms of asthma and helps the user breathe more easily. Steroids are most commonly found in preventer inhalers, and are taken daily to help the airways function properly.

While corticosteroid inhalers are the most common form of inhaler prescribed for asthma sufferers, some people may also benefit from inhalers known as bronchodilators. These inhalers are used as a sort of boost for preventer inhalers – they work by enhancing the effects of corticosteroids and keeping the airways open. Bronchodilators come in two forms, short-acting and long-acting, and typically contain one of three different substances:

While in the past it was common for corticosteroid inhalers and bronchodilators to be prescribed separately, it is becoming more common for inhalers to contain both substances at once. For most cases of asthma, using one or both of these inhalers is likely to make the symptoms far more manageable. In more severe cases of asthma, however, your GP or asthma specialist may prescribe medications in tablet form to help manage your symptoms as well.

Tablet medications for asthma contain a higher dose of steroids than preventer inhalers and are typically used in instances where symptoms become more severe for an extended period of time. For adults, steroid tablets will usually be prescribed for at least five days, while children will typically take them for at least three. In some instances, steroid tablets may need to be taken for weeks or months at a time to keep asthma symptoms under control. It’s important to come off steroid tablets gradually after taking them for three weeks or more.

What are the side effects of inhalers?

All medications come with a risk of side effects, and inhalers are no different. That said, the side effects you experience will likely change depending on the type of inhaler used. Preventer inhalers, which contain steroids, typically come with quite mild side effects compared to bronchodilators. These include:

While bronchodilators are safe and effective for asthma sufferers to treat their symptoms, they come with some side effects that might be more troubling compared to steroid inhalers. These include:

It’s important to remember that you probably won’t experience all these symptoms at once when using a bronchodilator. However, if you’re experiencing side effects that trouble or worry you, you should contact your GP as soon as possible.

What are the side effects of steroid tablets?

If you’re taking steroid tablets for a long time, it isn’t uncommon to experience the side effects listed in the bullet points above. However, because tablets contain higher doses of steroids than inhalers, there are a number of other side effects to consider. These include:

Side effects usually pass after treatment is stopped. However, if you’re experiencing any of these side effects, you should contact your GP as soon as possible.