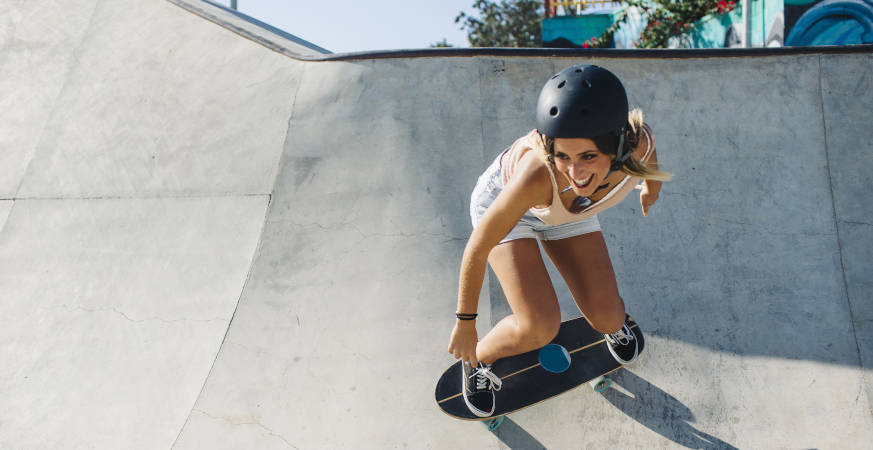 Periods are not fun and buying sanitary pads is rarely a joyous experience but we have it so much better than our foremothers.

So, to celebrate the launch of our new feminine product range at Ametheushealth we’ve taken a step back in time to take a look at how period care has changed from ancient times right up to the present day.

One of the defining features of Ancient Greece was its advanced understanding of medical science. Hippocrates, dubbed the ‘Father of Modern Medicine’, was the first to teach that illnesses had natural and physical causes, rather than being the wrath of the gods. Unfortunately, his revolutionary teachings were little help when it came to Greek women’s periods. While he was focusing on lung disease and cancer, women throughout Greece became accustomed to using a thin wooden plank, wrapped in lint as a tampon.

Ancient Egyptian tampons on the other hand sound like luxury in comparison to their Greek counterparts. Despite having existed thousands of years before the Greeks, Ancient Egyptian women used a much more forgiving softened papyrus plant as a tampon. If there’s a lesson to be learned here, it’s this: history is not an unbroken line of progress.

If you’re wondering why we’ve skipped all the way from the ancient civilisations of Greece and Egypt to the Victorian era, the answer is simple: period care didn’t make much progress in the years between. In the 1800s, American and European women generally resorted to DIY methods, fashioning their own menstrual pads, buying washable pads or letting their clothes absorb the blood were all popular options. But, in the wake of the Industrial Revolution progress was finally made with the advent of mass production – the first-ever disposable napkins.

In 1896, pharmaceutical giant Johnson & Johnson launched “Lister’s Towels” – the first commercially available disposable sanitary protection for women in the US. The name is said to have been a nod to Dr. Joseph Lister, the inventor of sterile surgery and man who inspired the founding of Johnson & Johnson. While prior methods of period control had provided poor protection and were dangerously unsanitary, the gauze-covered, cotton design of Lister’s Towels took a huge forward step in menstrual care.

The First World War is one of the most traumatic events in human history. But amidst the destruction wreaked across the globe, nurses in France stumbled upon an unlikely innovation. While treating soldiers’ wounds, these nurses discovered that the cellulose used for bandages absorbed blood far more effectively than cotton. They began using it for menstrual blood, and shortly after feminine hygiene brand, Kotex saw a business opportunity. After the war ended, the company purchased all the remaining cellulose and developed a new, hyper-absorbent sanitary napkin.

While the products were taking a step in the right direction, attitudes remained largely stuck. The stigma attached to menstruation and its status as a taboo subject made many women object to the overt, non-discrete packaging of the sanitary products available. Sure, they needed these products – they just didn’t want others to know they needed them. It wasn’t until the 1920s that Johnson & Johnson took the feedback on board and produced Nupak.

When Nupak launched in the 1920s, the brand and packaging was designed with discretion at its heart. Its name was nondescript enough for women to ask for the product in-store, and all but one of the box’s sides were plain, so it could be stored and carried without shame. Even so, the stigma was so much simply walking into a store and asking for the product out loud caused so much embarrassment that many simply opted to go without. To combat this, later that decade, Johnson & Johnson released MODESS – which featured not just an improved design and discrete packaging, but a silent purchase method where women could use magazine coupons to buy the product in-store.

By the 1920s, women’s sanitary products had cemented themselves as a revolutionary human innovation. Being disposable, women saved a huge amount of time that would otherwise have been spent washing bloody rags and clothes by hand. At this point, however, the sanitary towels available all shared a similar flaw. While today’s pads are self-adhesive, the pads of the early 1900s needed to be attached to a sanitary belt with hooks or safety pins to be held up.

Thankfully, Dr. Earle Haas was on the case – and in 1929 created the tampon.

The 1930s were another decade of huge innovation in period care. Having invented the tampon, Dr. Haas worked for a number of years to generate interest in the product, but to no avail. Johnson & Johnson weren’t interested. Kotex passed on it as well. It wasn’t until the mid-1930s that Haas found businesswoman Gertrude Tenderich, who purchased the patent and began to rapidly commercialise it – leading to the birth of feminine hygiene giant Tampax.

Tampons gave a freedom to women they had previously been unable to enjoy with sanitary pads. Unlike the napkins, tampons didn’t require a belt, buckles and hooks to use – enabling women to freely participate in a number of activities including swimming and dancing. Alas, pads remained the popular product for unmarried women over the next few decades – the reason being that it was seen as unseemly for virgins to risk breaking their hymen with tampons.

The 1960s almost passed by entirely without a single major innovation in female sanitary technology. In 1969, however, feminine hygiene brand Stayfree delivered a game-changer: self-adhesive maxi pads. After almost 80 years having to attach sanitary towels to a belt with hooks just to keep it on, women could now attach the pad directly.

In the meantime, tampons were enjoying an unprecedented rise to popularity. In the wake of the 1960s, taboos surrounding sex and female hygiene were starting to break down, and by 1980 around 70% of women had adopted the tampon as their preferred period care solution.

Like the decade more broadly, the ‘80s were a bit of a mixed bag when it came to feminine hygiene. In 1985, Courtney Cox became the face of a watershed moment in feminine hygiene history by becoming the first woman to say “period” on TV. At the company level, however, feminine hygiene brands were having less joy. The 80’s saw Playtex create a deodorant tampon that was supposed to capture odor inside you. In a decidedly more lethal stroke of non-genius, Rely released a tampon made of polyester – only to recall it after discovering the product was linked to Toxic Shock Syndrome.

In the mid-2000s, women were given the choice to skip or delay their periods, altogether. Further innovations at the start of the new millennium introduced the world to the IUD – also known as the “coil” – as a further form of birth and period control.

More recently, companies have sought to tackle the environmental impact of female sanitary products, creating climate-friendly, organic tampons as an alternative to the standard disposable variety.

So, whilst having your period isn’t perfect – and it may never be – I’m sure we can all now agree: thank god we don’t have to use wood.