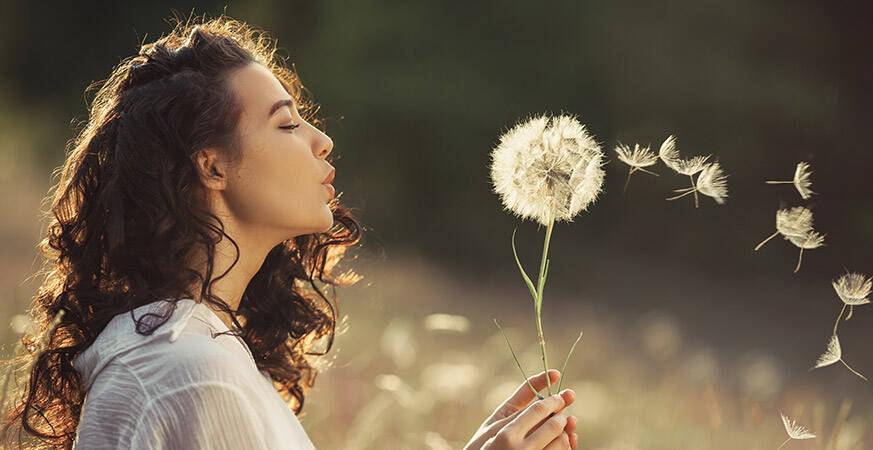 With more than 10 million people estimated to have the condition, hay fever is one of the most common allergies. Also referred to as allergic rhinitis, hay fever describes a group of symptoms affecting the nose.

What is hay fever?

When your body is exposed to an allergen, your body’s immune system may mistakenly identify the substance as being harmful. Antibodies send a signal to widen your blood vessels and ramp up the production of inflammatory chemicals such as histamine. This immune response causes the below hay fever symptoms.

You can split hay fever into two types:

What are the symptoms of hay fever?

With climate change becoming a growing issue, experts predict an increase in the severity of pollen in north-west Europe this season. Additionally, the nationwide lockdown has resulted in many of us spending more time indoors than in previous years, meaning our immunity to allergens like pollen may have decreased. More pollen present in the air, coupled with decreased pollen immunity, will likely produce more frequent and severe symptoms for hay fever sufferers this year, and we can expect a rise in the number of people displaying hay fever symptoms for the first time.

If others in your family have allergies, the chances of you developing allergies increases. Children of parents with allergy-related diseases are more likely to develop hay fever, even if the parents don’t suffer from hay fever. Thankfully, other respiratory and skin conditions like asthma and eczema, which are also often hereditary, do not increase the risk of developing hay fever[4].

There are a number of factors that, whilst they might not be the initial cause of your hay fever, might aggravate your symptoms. Try to reduce or eliminate exposure to these triggers.

How to prevent and treat hay fever symptoms?

Whilst suffering from hay fever might feel like just a fact of life at this time of the year, it pays to be aware of the barriers you can put between yourself and the potentially triggering irritants.

It’s all well trying to prevent your exposure to allergens, but a lot of the time this simply isn’t possible. Make sure to have effective treatment on hand to combat hay fever symptoms as and when you experience them.

These medications contain active ingredients that block the unwanted effects of histamines, the substance produced by the body to fight what it thinks are harmful infections (mistakenly, in the case of allergies). During allergy seasons, these tablets can be taken once per day and can provide relief for up to 24 hours. Fexofenadine (or the branded Telfast) is one of the most effective non-drowsy antihistamines, which works by blocking the histamine receptors in the spinal cord. Other popular brands include Piriteze and Clarityn. The Beconase Nasal Spray is an alternative method of delivering the antihistamine to the body through the nose.

These treatments tend to include active ingredients belonging to the corticosteroid family of medicines. These reduce inflammation inside the nose, helping with breathing and reducing the common symptoms of sneezing, itching and a running nose. Treatments such as Nasonex, Pirinase and Clarinaze are the most popular intranasal corticosteroids.

Allergen-specific immunotherapy is a procedure in which a small amount of the allergen is administered repeatedly to train your body to react differently to exposure. Whilst it’s a more long-winded approach than taking an instant-relief tablet, this method can produce more long term results if the body starts to accept allergens as harmless.

This essential nutrient is known to boost the immune system as well as acting as a natural antihistamine. A 2018 study found that oxidative stress plays an important role in allergic diseases, and Vitamin C’s powerful antioxidant and anti-inflammatory properties can contribute to reducing hayfever symptoms. Good sources of Vitamin C include oranges, strawberries, broccoli and peppers, but a Vitamin C supplement is the easiest way to ensure your intake is sufficient.