Cialis is a modern medication for erectile dysfunction that acts fast and lasts longer.

Cialis (Tadalafil) is the main competitor to Viagra (Sildenafil) in the erectile dysfunction market. Preferred by many because of its longer duration, Cialis is regarded as the most cost-effective branded ED medication available . With two variants: Cialis and Cialis Daily, and four varying dosages: 2.5mg, 5mg, 10mg and 20mg, Cialis also offers a range of options to suit the patient’s needs. As a  registered online pharmacy, Ametheushealth can offer Cialis at very competitive rates, keeping the cost to the end user as low as possible and promoting safe, responsible use of the medication.

What is Cialis and how does it work?

Cialis is a long lasting treatment for erectile dysfunction in adult men. Much like Viagra, its active ingredient tadalafil works to increase the blood flow to the erectile tissue of the penis in order to produce and maintain an erection suitable for sexual activity.

What is the difference between Tadalafil (Generic Cialis) and Cialis?

Tadalafil is the generic, unbranded version of Cialis, and both are effective treatments for erectile dysfunction in adult men. Cialis and Tadalafil contain the active ingredient tadalafil and so are medically equivalent.

Generic medications have the same active ingredient as their branded versions but are available on the market at a much lower price. Manufacturers of generic medicines have to show that the medicines are equally effective, that is, they have the same strength, quality, stability and efficacy.

What is the difference between Cialis and Cialis Daily?

While Cialis can help you last for up to 36 hours, you need to take the tablets at least half an hour before planned intimacy. Cialis Daily has the same active ingredient as Cialis but at lower strengths of 2.5mg and 5mg, allowing you to take the tablets everyday and be ready for action at any time.

The Cialis Daily pills are useful for men who anticipate having sex more than twice a week. If you participate in sexual activity more than twice each week, Cialis Daily 5mg can be used every day instead. It provides a continuous level of Cialis in the body, allowing you to achieve or maintain an erection at any desired time.

If you forget to take a dose of Cialis Daily, swallow a tablet when you remember but do not take two to make up for missing one earlier on. Never take more than one tablet per day.

Since Eli Lilly’s patent on Tadalafil expired in November 2017, Tadalafil has been available to buy online  as ‘generic’ or ‘unbranded’. This new entry to the market has made Tadalafil very cost effective compared to its alternatives. Although side effects do still occur, one of the advantages of taking Tadalafil is that it has fewer side effects than other medications used to treat erectile dysfunction.

How do I take Cialis?

Taking Cialis 36-hour (10mg, 20mg): You should swallow a Cialis tablet with water about 30 minutes before intercourse. The recommended starting dose for the treatment is 10mg and then adjust as required. You should not take more than one tablet per day.

How to take Cialis daily (2.5mg and 5mg): The treatment is to be swallowed whole with water every day at approximately the same time. However, do not take more than one per day. Cialis Daily come in doses of 2.5mg and 5mg and it is recommended that you start with the 5mg tablets and your doctor can adjust the strength depending on your reaction to the medication. However, for some people, a dose of 2.5mg is just as effective as the higher dose and accompanied by fewer side effects.

The tablets can be taken with or without food as it has no effect on the activity of the drug. It should be noted that for the medication to work, you need to be sexually excited as Cialis alone will not result in an erection.

Timescale and effects of Cialis

Cialis can last for up to 36 hours in your body while the effects of Cialis Daily are constant in the body.

Cialis Daily is taken every day, so it works continuously. This means you can get an erection at any point during the day upon sexual stimulation.

What are the side effects of Cialis?

The most common side effects of Cialis are headache, pain in the back, muscle aches and pains, flushing of the face, nasal congestion, indigestion and reflux. These occur for every 1 in 10-100 men.

How is Cialis different from Viagra?

Cialis has the active ingredient Tadalafil, which lasts for as long as 36 hours in the body – perfect for a whole weekend. Also, Cialis takes just 30 minutes to start working while Viagra takes approximately 1 hour before it takes effect.

It depends on your circumstances and preferences. Also, each person reacts differently to medication. The most important thing to keep in mind is that Cialis lasts longer and works faster than Viagra. Also, food has an effect on the activity of Viagra but has no effect on Cialis.

Why is Cialis cheaper online?

Ametheushealth is an online pharmacy, specialising in prescription medications. Cialis (Tadalafil) is available to order online with a free prescription service and registered pharmacists. The cheap prices on offer are a result of centralisation. Removing costly high street premises from the pharmacy business model, Ametheushealth is able to be highly competitive in the marketplace.

Cialis is a brand of medication which contains the active ingredient Tadalafil, which is a treatment for erectile dysfunction. It is available in two variations, Cialis 36 Hour and Cialis Daily, and in four strengths; 2.5mg, 5mg 10mg and 20mg. The active ingredient (Tadalafil) is also available at a lower price in a generic version.

How long does Cialis last?

The effects of Cialis last for up to 36 hours in the body. Cialis reaches peak effectiveness in around 30 minutes. The recommended starting dose for Cialis Daily is 5mg; and for Cialis 36 Hour it is 10mg.

When to take Cialis for best results?

Cialis 36 Hour (10mg or 20mg) is taken on a ‘when required’ basis at least half an hour before engaging in sexual activity. This gives the medication time to become active in your system. Cialis may remain active in the body for up to 36 hours. Cialis Daily (2.5mg or 5mg) should be taken as a daily dose each day for best results. It’s recommended to take the tablet at the same time each day.

How exactly does Cialis work?

Cialis (Tadalafil) is a medication known as a PDE5 inhibitor. PDE5 normally causes blood vessels in the penis to return to their normal size, ending an erection. Cialis prevents PDE5 from operating in its normal function, thus extending the time an erection can be maintained.

How long does Cialis take to work?

Cialis reaches peak effectiveness between 30 minutes and 2 hours. It can stay effective in your system for up to 36 hours. This is a very similar absorption period to Viagra (Sildenafil) which also takes around 30 minutes to kick in. Viagra will work in the system for up to 4 hours.

Which is better – Viagra or Cialis?

When does the Cialis patent expire?

Eli Lilly’s patent on Cialis expired in October 2018. Since this date, other manufacturers have been able to produce a generic version of Cialis called Tadalafil.

Cialis (Tadalafil) is not for use in women. It will not stimulate any positive effect, and could cause unwanted side effects. Tadalafil is also not for use in any persons under the age of 18.

How much Cialis should I take the first time?

What happens when you take Cialis for the first time?

Like all medications, Cialis has side effects that affect some men that take this medication. These occur for every 1 in 10-100 men. Some common side effects of Cialis are:

Notably, Cialis has fewer side effects than other medications used to treat erectile dysfunction. In fact, many men who experience nasal congestion, stomach pain, nausea and diarrhoea with other drugs find that Cialis doesn’t give them these symptoms. 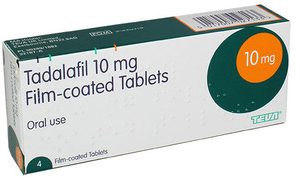 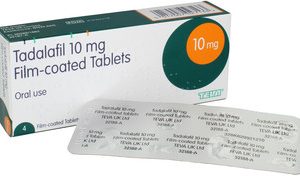 Tadalafil is the active ingredient in Cialis and is now available in its generic form since mid-November 2017. 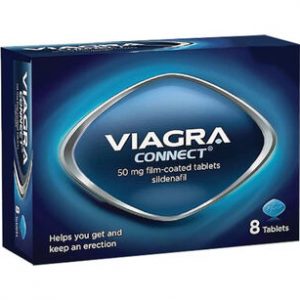 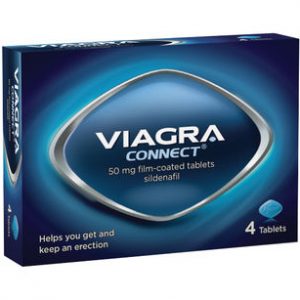 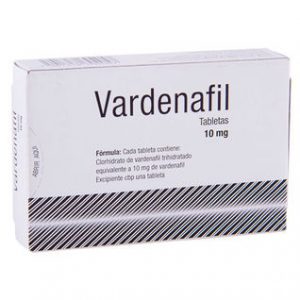 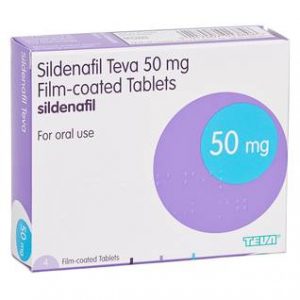 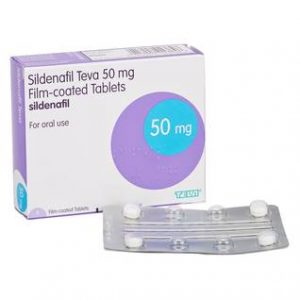 $10.71 – $187.66
Generic Sildenafil is medically equivalent to Viagra but is available at a lower price.
Select options 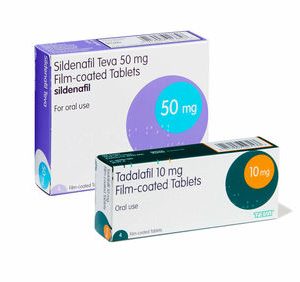 The ED Trial pack is designed to help you find what erectile dysfunction treatment works best for you. 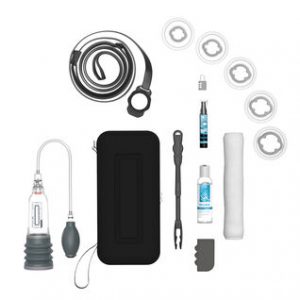 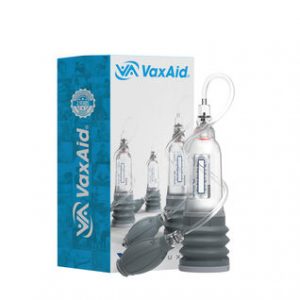 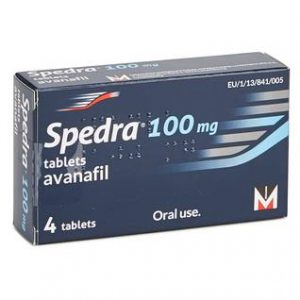 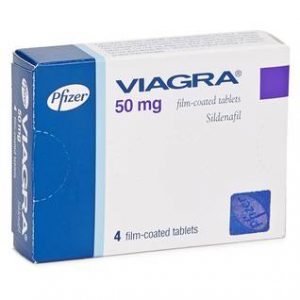 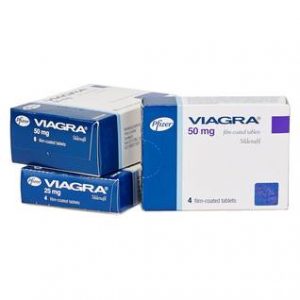 Viagra is a popular medication used to treat erectile dysfunction for up to 4 hours.